Your own tailor made private airport transfer from Alicante Airport to the popular resort of Albir. Albir is situated on the Costa Blanca in the south east of Spain, within the Community of Valencia. 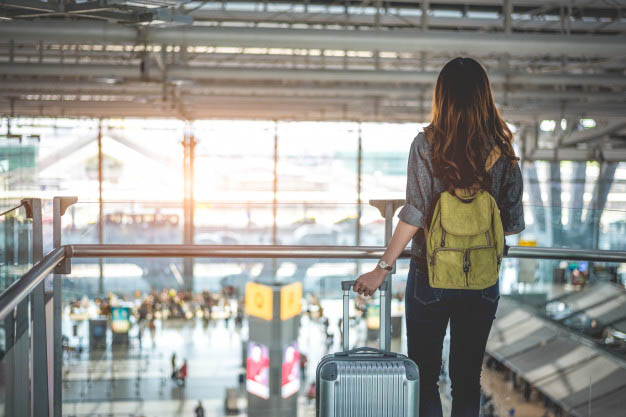 Close to Benidorm and neighbouring Alfaz del Pi you find this charming small beach village. Albir is set at the foot of the Sierra Helada mountain range. Sierra Helada translates to Frozen Mountain and is a protected nature reserve.

Once you have arrived in Albir on your prívate airport transfer you will find that Albir beach, Playa de Racó de l’Albir, is a pebble beach with clear water and has been awarded the blue flag of the European Community for the quality of its water, available facilities and for having all kinds of events on and around the beach. During the holiday season there are always life-guards on duty.

The main promenade is called, “Paseo de las Estrellas” (Stars Promenade) As Alfaz del Pí holds an annual national film festival every July. The town decided to copy the Hollywood initiative of laying paving stones along the promenade and dedicating them to national film stars.

Your own tailor made private airport transfer from Alicante Airport to Altea. Altea is without doubt one of the most charming towns to be found on Spain’s Costa Blanca. The name Altea derives from the Moors who conquered the region and named it Althaya, meaning health to all.

The town is just 11 kilometres north of Benidorm. Altea is similar to other Costa Blanca towns in that it has a new and an old neighbourhood. The old section is perched on top of a hill from where you will find really spectacular views.

Once you arrive in Atlea by private airport transfer you will find that Altea town is a holiday haven for the more discerning tourist who will be captivated by its medieval cobbled streets, its picture book old quarter and the delights of its palm-fringed seafront promenade.

The ascent to the old section along steep slopes and stepped streets reveals a broad horizon at every turn and extends along the entire La Marina region. The silhouette of the Peñon de Ifach on one side and the Helade range on the other, frame the view of the sea, with the ever present gulls sweeping low over the town. You will be met at Alicante airport for your private airport transfer where your uniformed driver will take you to your chosen destination in Altea.

Your own tailor made private airport transfer from Alicante Airport to Benidorm, with its award winning blue flag beaches and a nightlife with something to suit everyone. Benidorm has three major beaches: Playa de Levante (Valencian Platja de Llevant), Playa de Poniente (Valencian Platja de Ponent) and Playa de Mal Pas (Valencian Platja del Mal Pas); all of them have had a blue flag since 1987, the maximum quality standard recognised by the European Union. Once you arrive in Benidorm by private airport transfer you will find The Gran Hotel Bali, a four-star hotel located in this city since 2002, is a 186-metre-tall building which stood as the tallest skyscraper in Spain for five years, until it was surpassed by the CTBA towers in Madrid and Intempo, also in Benidorm.

However, it still is the tallest hotel in Europe. You will be met at Alicante airport for your private airport transfer to our uniformed driver will take you to your chosen destination in Benidorm the famous resort with a wide range of Theme parks such as Terra Mitica, Aqualandia, Mundomar and Terra Natura. Restaurants, bars, shops and nightlife including the famous Benidorm Palace suitable for families, couples and single travellers .

Your own tailor made private transfer service from Alicante Airport to Calpe connects to the main tourist resort of Calpe on the Valencian coast.

Calpe, a fishing town , with more than 13 km. of coastline bathed by the Mediterranean Sea, is always under the protective shadow of the Rock of Ifach, emblem of Calpe and La Costa Blanca. The Rock of Ifach is a calcareous mass measuring 332 metres in height, rich in vegetation and birds and declared nature reserve in 1987.

Prior to becoming a tourist town, Calpe was traditionally an agricultural and fishing town, producing almonds, raisins and carob beans, as well as being dedicated to fishing and the extraction of salt from its salt flats.

The fish auction dates back to very distant times. Currently, the auction is one of the most attractive and visited events in Calpe. The auction, organised by the Fishermen’s Guild, consists of the wholesale of fresh fish captured by the fishermen of Calpe.

Once you arrive in Calpe by private airport transfer you will find that from the coves of ‘El Collao’ on the far west, we come across the beaches of ‘Arenal-Bol’, ‘Cantal Roig’ and ‘Levante’, two sailing clubs, and a very busy fishing port, with a succession of restaurants serving fish and seafood.

Climbing the Rock of Ifach, sailing along the bay, visiting the Real Club Náutico de Calpe (Calpe’s Royal Sailing Club), strolling through the ‘Paseo Ecológico Príncipe de Asturias’ (the Prince of Asturias’ Ecological Promenade), savouring the delights of the Calpe Bay, enjoying a dip in the ‘Baños de la Reina’ (the Queen’s Baths), practicing scuba diving in the coves, swimming in its fine sandy beaches, visiting Las Salinas (the salt flats) or the old town centre, and enjoying the variety and richness of its fiestas, are just some of the activities on offer in Calpe.

At Alicante Airport for your private airport transfer you will be met your uniformed driver will take you to your chosen destination in Calpe.